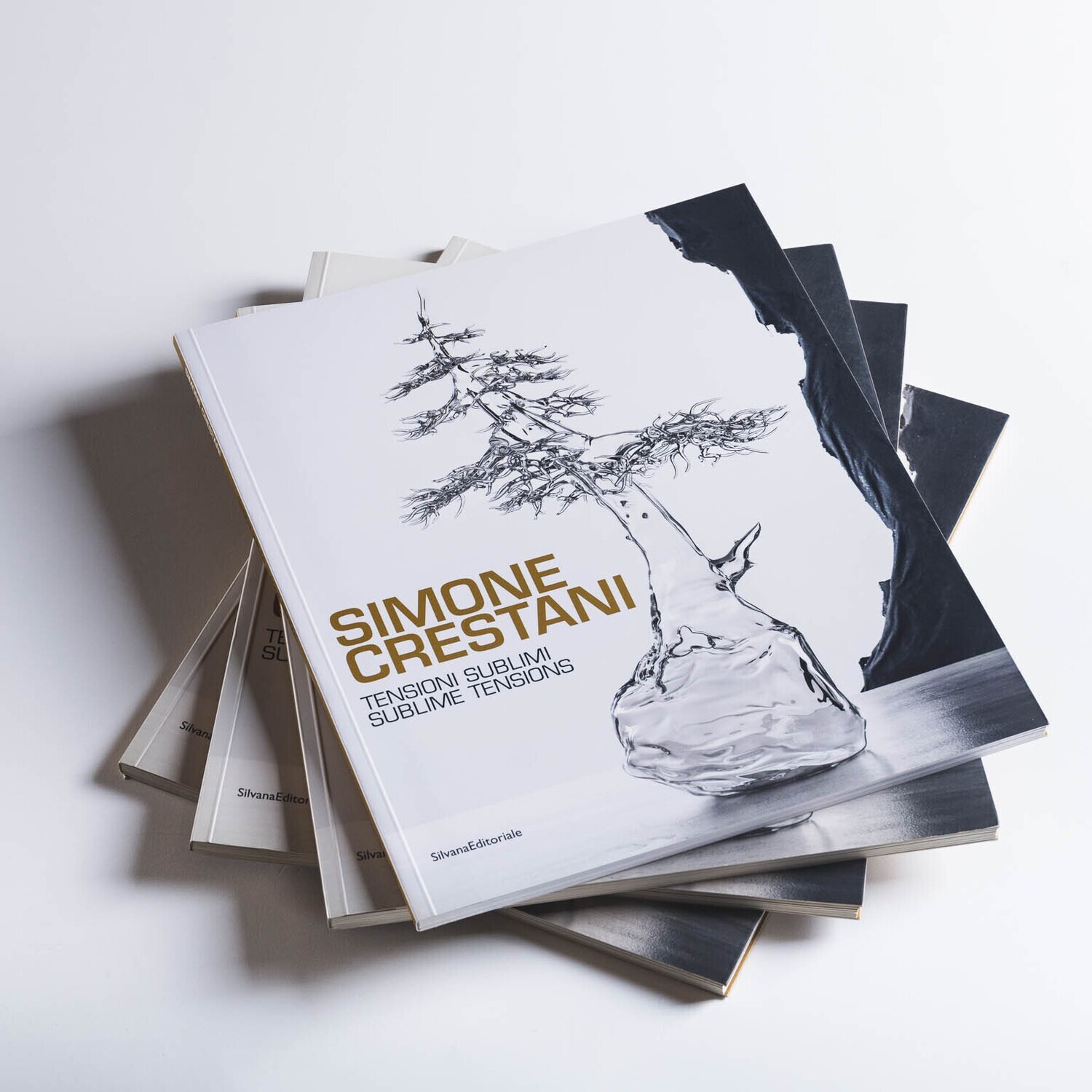 “(…) These works, therefore, are so much more than just a dazzling display of virtuosity. They speak of the nature of man even before that of all other wonders of the universe; his need to flirt with life and death, his being torn between presence and absence, between heaviness and light.”

On the occasion of the exhibition at the Galleria d’Arte Maggiore in Bologna of 2017, in a journey through the exhibition itself, we enter the poetic world of Simone Crestani. In a path that recounts his artistic development, his art unfolds among the enchanting fragments of nature in contrast with the force of a man who tries to control it. Glass bonsai, Modern trophy, Bubble cabinet, and many other works are told to us, allowing us to enter the enchanted world of his “Sublime Tensions”.

Save this product for later
Display prices in: EUR

We have a gift for you!