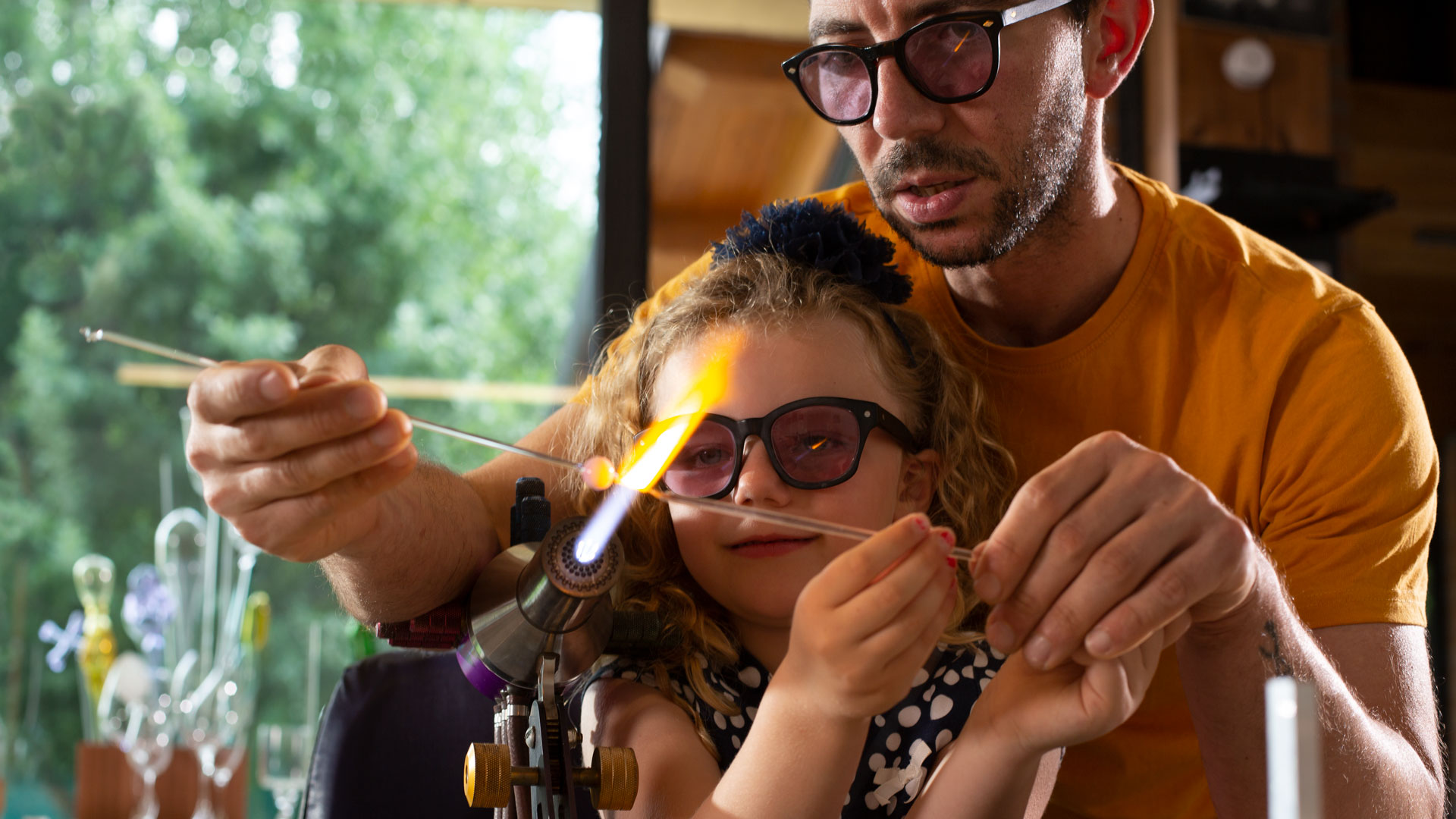 Behind each of my works lies one of the oldest known glass working techniques, almost as old as glass itself!

I’m talking about lampwork, a technique made famous by our Murano ancestors who, starting from the fourteenth century, developed it for the production of the famous Venetian pearls.

An oil lamp was used to heat the glass until it was malleable (hence the name “lampwork”) consisting of a tank that contained the flammable liquid, a wick to operate the fire, and a bellows that pumped air to increase the power of the flame. This was the technique used for the realization of small glass objects, without particular evolutions, until the end of the nineteenth century.

Since the beginning of the twentieth century, this technique has seen a sort of “modern renaissance”. This thanks to the introduction of gas torches and later to the use of oxygen as a comburent. This led to more powerful and precise flames also suitable for working a hard glass such as borosilicate (which would not be possible with an oil lamp) and consequently to an increase in the processing we know today.

Lampworking, born for the modeling of common soda-lime glass, from this moment on is divided into two paths, one of which is precisely that of borosilicate.

But let’s see together briefly, what “my” lampwork consists of.

First of all, borosilicate glass is industrially produced in the form of tubes or rods of various sizes. The tubes are used for the creation of blown or hollow shapes while the rods for the creation of solid glass shapes or for decorations and details to be applied to the blown shapes.

The size and thickness of the starting tube or rod are based on the amount of glass needed to create a chosen shape.

The peculiarity of my technique lies in combining blown and solid. This allows me to create large sculptures without neglecting the smallest details.

Once the torch is on, I start to melt the glass, until the heat makes it malleable. When it becomes “soft” I can start giving it a shape through blowing, modeling, or using specific tools. We will tell more about the tools used in another story!

It is a game of balance between heat and movement: the difficulty lies in maintaining a constant rotation throughout the process otherwise molten glass would fall like a drop of honey. This requires a strong sensitivity in “feeling” the material and this can only be achieved by years and years of practice!